Protocol for the Bill Sproul Award and Honorary ICMCTF Lecture

The Bill Sproul Award and Honorary ICMCTF lectureship is to recognize the achievements of a mid-career researcher who has made outstanding scientific and/or technological contributions in areas of interest to the Advanced Surface Engineering Division (ASED) of the AVS, with emphasis in the fields of surface engineering, thin films, and related topics.

The nominee must be a mid-career researcher with approximately 15-25 years of professional experience in an academic or industrial environment, who has contributed outstanding scientific and/or technological advancement, at least part of which must have been presented at ICMCTF. The Award shall be granted without further restriction except that the current ICMCTF General and Program Chairs and current members of the ASED Executive and Awards Committees are not eligible.

A nomination may be made by anyone qualified to evaluate, highlight, and validate the nominee’s accomplishments. Any individual may submit one nominating or seconding letter for the award in any given year. The nomination packages MUST include the following:

Nomination Letter: The letter nominating an individual for an award must describe the work for which the award is proposed and indicate the role the work has played in solving important scientific or technological problems. The significance of these problems and the impact of the nominee’s accomplishments on the field should be discussed. If the work was performed in collaboration with others, the contributions of the nominee should be clearly stated. A proposed citation, a one-sentence synopsis of the reason for selecting the nominee, and a list of individuals sending supporting letters, must also be included. The nominating letter should not exceed two pages in length, but should be as detailed as possible to allow the Award Committee to evaluate the nominee’s contributions.

Description of Research Highlights: A two-page summary of research accomplishments citing key papers and patents must be included. The purpose of the material is to document the scope of a nominee’s technical career, placing in context the specific work being nominated for the award.

Biographical Materials: A Curriculum Vitae or biographical sketch of the nominee and a list of publications and patents must be submitted.

Nature of the Award

The award consists of a $1200 cash award, a commemorative plaque stating the nature of the award, and an honorary lectureship at a regular session of ICMCTF. This award is conferred annually, subject to availability of suitable candidates. The awardee shall receive complimentary meeting registration, travel expenses up to $1500, and up to six nights lodging at the conference hotel for the meeting at which the award is presented.

The Bill Sproul Honorary Lecture will be given as one of the highlight lectures or at a regular session of the ICMCTF program.

All nomination materials must be compiled by the nominator and submitted as a package. The complete nomination package is to be sent electronically to the current Chair of the ASED Awards Committee (asedawards@avs.org) such that it is received by October 1 2021. Late or incomplete application packages will not be evaluated. 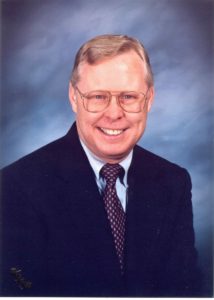 Contributions in the science and technology of: