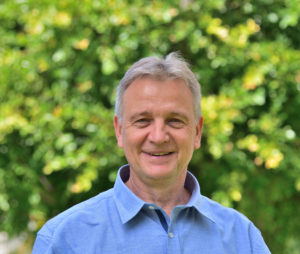 André Anders has a joint appointment as the Director and CEO (Direktor und Vorstand) of the Leibniz Institute of Surface Engineering, Leipzig, Germany, and Professor of Applied Physics at the Felix Bloch Institute of Solid State Physics, Leipzig University.  He assumed these positions in 2017 after working at Lawrence Berkeley National Laboratory in Berkeley, CA, USA, since 1992, where he still is a Senior Scientist Affiliate.  He studied physics in Wroclaw, Poland, Berlin, (East) Germany, and Moscow (Russia, then Soviet Union), to obtain his PhD degree from Humboldt University in Berlin in 1987.  André has worked for about 35 years in basic and applied plasma physics and material science.  He is engaged in several scientific and technical committees of societies (such as the AVS) and served in various functions (like the 2015 Chair of the Exc. Committee of ASED).  He has authored 3 books and about 350 peer-reviewed journal papers in physics and material sciences (h-index 69, about 18,500 citations, Google Scholar 2020).  Since 2014 he is the Editor-in-Chief of Journal of Applied Physics published by AIP Publishing, NY.

As many accomplishments of modern life, plasma-based advanced coatings are ubiquitous today.  It is educational to see how observation of strange effects and careful experimentation lead to discoveries that effectually enabled what we take for granted today. When taking the time for dwelling a bit deeper we find that assuming broad priority claims (like “for the first time” and “novel approach”) should be replaced by more humble statements.  Among the truly astonishing early milestones is, for example, an 18th century report on pulsed atmospheric pressure plasmas, well-adherent metal and transparent coatings and nanoparticle generation from a time well before Volta and Faraday (I admit: the terminology was different).  In this lecture, I will highlight a few of such milestones to advanced, plasma-based coatings showing that each accomplishment is built on observation and experimentation, and more recently on modeling, but enabled by discoveries made before.  As a community of surface engineers, we can be proud having made the steps from observation to deeper understanding, knowledge-based discovery, optimization towards desirable properties, upscaling considering the economics of processes, and broad-scale applications now penetrating all aspects of society.